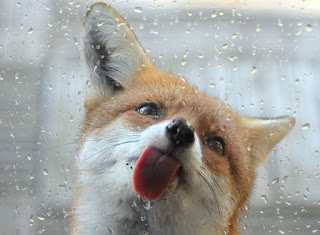 quote:
The following is a Zen fable, a Zen koan, a “teaching story,” about a Zen master who was turned into a fox after suggesting that somebody who “practices with great devotion” is somehow above cause and effect, somehow above the natural laws of nature, and the rules of society. As an accomplished Zen master, the individual presumed to suggest that he is somehow above things, and as result, he was turned into a fox. The cause of his turning was his arrogant presumption that his connection made him somehow better than others. The “cure” that gave him back his human form was finally realizing the truth: no matter how advanced you might be spiritually, you’re still subject to cause and effect, laws, and rules. You are part of the physical unit, just like everyone else. The lesson of the story is quite clear, and even stated explicitly: “Don’t ignore cause and effect.”end quote

OK. my take is this,was considered as a punishment, a monk was cursed with 500 years living as a fox. after a while, wandering the forest is not such a bad life. until he finally realized his error, became human again.
its the recognition of ego and letting go. to see the distraction of cause and effect, its implications you see that all life, is a distraction. from the truth of our eternal nature. its a relief of burden of this truth to "play" as every incarnated being, time after time. rejoice, we are alive.

wandering alone in the forest chasing these distractions, one will learn to discern the truth from fiction, more or less by chance or trial an error. though after 500 years, of this, this too comes to an end. its one of my favorite koans, and devoted a majority of my mediation on this particular verse.

its both a warning of danger and offering a way out of the trap.

Meditating in all Four Postures

to sit: intentionally to bridge the gap between the states of sub-consciousness and awakened state

to dance: active meditation unison with intention and action, purpose.
swim/run/fly/climb/bike/horse/car: martial arts with any action at motion with speed.